1University League Establishment, March 15, 1966. This description of establishment states the events that lead to forming the organization. 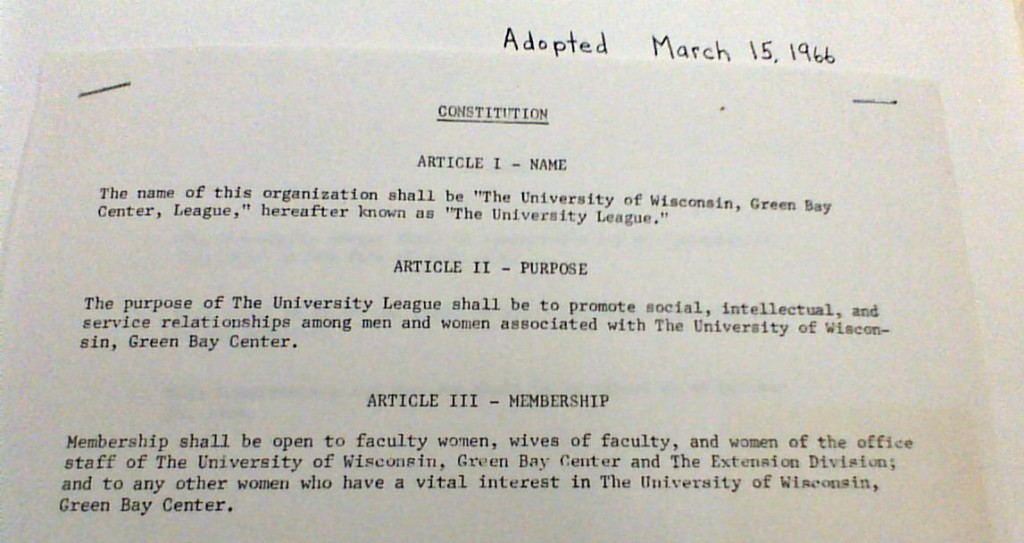 The University League worked hard to establish a respectable organization, lead by women, that could work towards making our University and community better. The organization created a space for women to be leaders and make a real impact, during a time in United States history when so many professional women were looking to be recognized in the same respect. Though the organization was by no means “radical” in the second wave of feminism, they helped contribute to a view of normalcy of female involvement.

Only 15 days after the League approved their Constitution, they were making waves in their organization and on campus. However, the one portion of the article that raised questions about the primary purpose of the University League was one of the goals to, “…help new faculty members find adequate housing in the area…”3 knowing more about was “adequate housing” meant would be incredibly satisfying as we continue to research, especially given that the year of the article was 1966.

As the University League lurched into their first full year as an Organization, they more than proved their capabilities in organizing campus events that would contribute to social an intellectual growth on our University’s campus. One of the first events their is detailed in the article below. Though the members of the University League, the wives and faculty members themselves, did all of the work of planning the event, the husbands names were the ones that were stated and published and recognized rather than the women’s. This is incredibly different than how it would have been published today. This shows the lack of independence and individuality women had after they entered marriage in even as recently as the 1960s. I think these beginning articles will be helpful as we look through how the University League continued to develop throughout the years as well as the community in which they served. 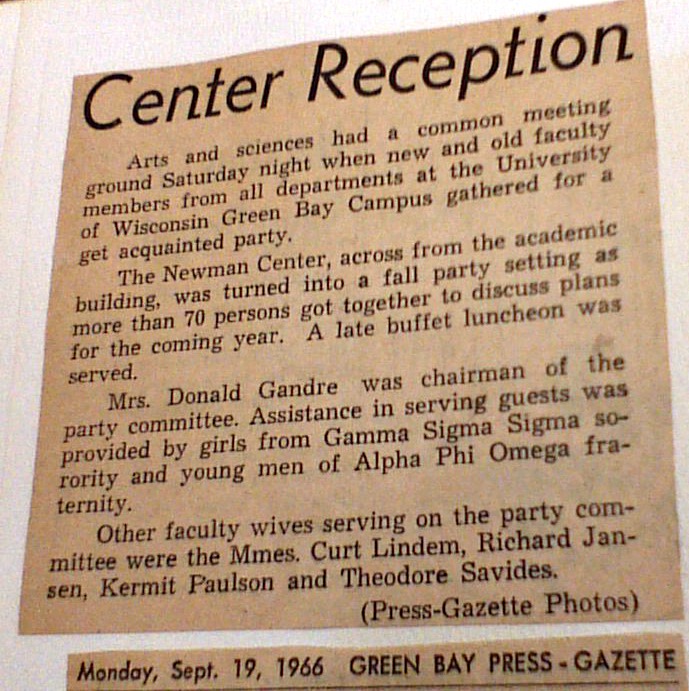 The University League was off to a fantastic start in establishig female leadership on the University of Wisconsin- Green Bay’s campus, but reading through the archival information from the first two years of the University Leagues founding, you can see the underlying stereotypes facing women within the 1960s time-slice. One of the most prominent examples is through the activities and boards that the University League offered to its members. Please note that the image of their membership flier below is a little out-of-focus, this is just a consequence of working with archival information that is almost fifty years old. “At this first meeting, the three smaller interest groups—book study, bridge, and Gourmet Cooking—will be reactivated…” 5 These interest groups seem slightly stereotypical of a 1960s women’s organization today, but considering the year that the activities were established, it also can be understood that social groups much like these would be expected by the women within the organization.

The University League did so much for women associated with campus in giving them important leadership roles and attributed to creating the free space that we currently have on campus for female students, faculty, and leaders. However, during the time that the University League was founded, Women were still struggling to find a platform of equality on many public platforms. 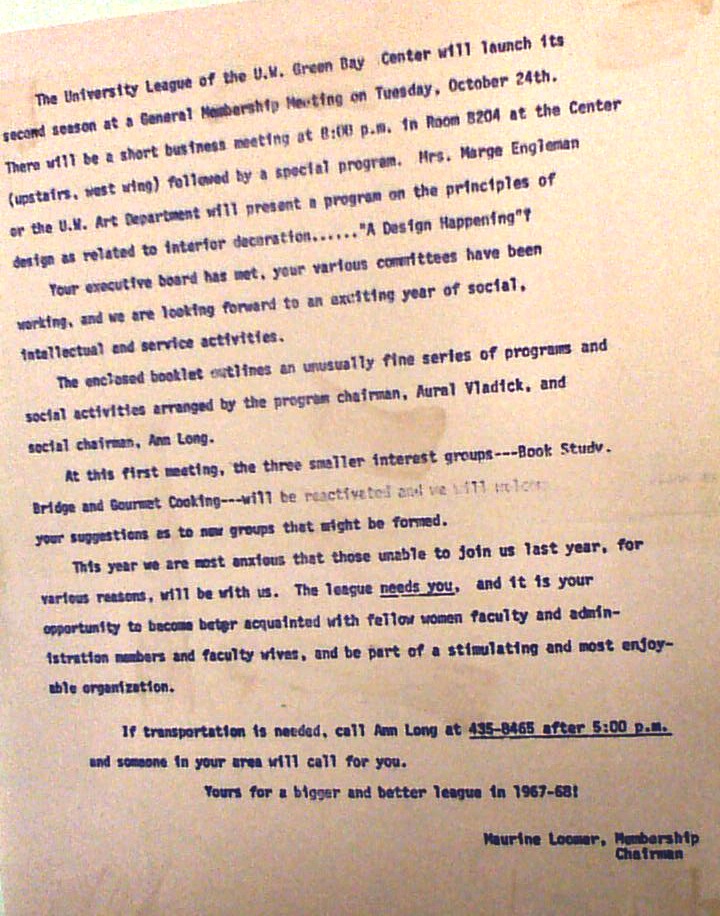